Back To The City: The End Is Coming

When the final Back to the City takes place in 2021, oral recollections of past festivities will serve as testament to what happens when a bunch of rap kids who used to gather around rap ciphers at Ghandi Square in Jozi accidentally spark a revolution, all the while juggling having to grow up and take charge of their destinies.

While the organisers prepare for day zero, it’s important for those among us who care about the culture, to keep asking the difficult questions.

For one, how come that “the largest hip hop festival on the African continent” — a title without any qualification whatsoever — has never invited any of the cutting-edge hip hop acts from elsewhere on the African continent?* Additionally, what does it say about the organisers’ pan-Africanism, that the only other acts they’d rather invite are from the United States, and that those are mostly of the ‘90s variety whose appearances have oftentimes left audiences dissatisfied?

These issues aren’t new. Many people close to the organizers have asked them before, yet there seems to be no intention to tackle them. Since its birth as a free-for-all, single-stage event beneath the M1 bridge in Newtown back in 2006, the Back to the City festival of street culture has etched itself onto the hip hop calendar. It’s at a point now where it shall leave behind a generation of witnesses to its transformative impact on the South African Hip Hop fabric. Held annually  on Freedom Day, the event has grown in both size and scope, and now encompasses aspects of the culture outside of the four core elements.

The Ritual Media Group, a cornerstore-to-primetime success story helmed by hip hop practitioner Osmic Menoe, rolled out the next phase of its engagement with South African street culture during the annual Hip Hop Summit this year. Among these will be a Hip Hop Museum to be housed inside Museum Africa’s quarters in Newtown. Ritual are also organizers of the South African Hip Hop Awards, now in their seventh year, and counting.

The questions posed above are a subset of the structural issues likely to muddy the positive contributions of such a space towards the preservation of hip hop, and the amplification of the culture multiple identities.

Put simply: Are we willing to see and speak about more than the rap element when speaking about hip hop? And have we matured to the point where hogging the mic in this rap cipha is seen as wackness; where others, besides the dominant males, can also hold forte?

The main stage is a hive for disappointment. It remained true to that reputation this year.

The Outrageous Records tribute was a farce. Watching Pro make people recite raps on his behalf made me want to cry. Well above three quarters of the acts rapped over recorded songs, and no one saw a problem with that.

Cassper Nyovest’s entire performance was PTSD on fleek. The shit had so many gunshot sounds, and sounded so violent, that I wondered what people who’ve witnessed or experience gun violence first-hand felt. That aside, he brought his usual flips of Motswako-gone-baller status rapping, mixed that with glaring oversight for what anyone might mistake for biting, picked a bag of no-fucks-given and dressed it in this season’s banging look straight out the Farmer’s Weekly style section along the way, and entertained us all the fuck out as he raged across the stage possessed by joy. Cassper stood as the embodiment of a black man with a chunk of land to his name.

KO solidified his staying power, hi-speed grazing through his catalogue, hitting snooze on the noise telling him that he fell off. YounsgstaCPT told us about Kaapstad naaiers and why he sees himself as Jan V. Riebeeck, and I really dug it. Yugen Blakrok’s dungeon-dragon technique bagged roaring approval from the audience. Witnessing that moment brought an intense mixture of emotions, triumphant and overpowering at once.

A thug shed a tear. 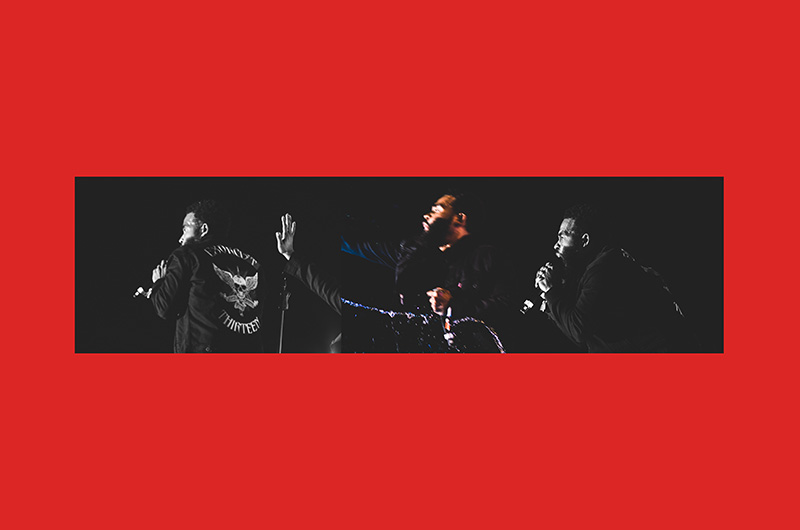 Pharoahe Monche re-iterated what Simon said, and the effects of that urgent-sounding proposition sent ripples through the audience. His set got cut short. He told his Twitter followers why.

Sorry to hear… Your set was still fire! I lost my mind when you dropped Behind Closed Doors! That and the fact that there was a real life X-Ecutioner on stage 🔥🔥🔥🔥🔥

Riky Rick was having none of that stage manager intimidation junk served yearly to the detriment of many a emcee’s stamina by Thapelo TTP, the infamous.

“Nifunani?” Riky kept asking the 15 000-plus people cupping their wrists to catch every damn word booming through the mic. It was then that reality made way for magic to take control.

The selectah cued Sidlukotini, and a let’s go from Riky’s mic, followed by multiple put em up’s to keep the hype at hypersensitive levels, sealed the moment as one of the best in South African Rap history.

friends & fam, I apologize sincerely to everybody who will be effected but I am not in the right place mentally to continue doing shows or anything that involves leaving my children. I am taking time to find my faith before I lose the connection with the people I love the most.

Despite a proven track record, Back to the City’s never received any major funding, not of the scale an event of its kind warrants. This fact speaks volumes. It’s a fokof, you’re not worthy! to aspirant, indie-minded youth in this country who just happen to be from the wrong side of the tracks, and therefore without access to the right type of contacts.

It’s a dope event, and I shall miss the fuck out of it when it stops happening.

Still, critical reflection will also warrant for glaring issues, long-overlooked, to be addressed. This is how monuments sustain themselves.

* Bar from Lesotho’s Kommanda Obbs and Tha Hymphatic Thabs, who are both South Africa-based.

** The South African Hip Hop Association launched officially at this year’s Hip Hop Summit, hosted the morning of the 27th.