When planning the roll-out of his latest project, 4AM In Jozi, rap artist Sam Turpin made sure to include the oft-ignored casual cassette tape listener — it’s 2017, in case you’re wondering — in his strategy.

He may as well be the wavviest cat to come out of Jozi.

On the Thurs-day leading up to the evening he launched his album at Kalashnikov gallery, the same Thursday night that Craig A. Smith’s The Death of Actually exhibition opened, Sam revealed one of these works of art to me. It was a whole TDK encased in an actual cassette tape enclosure.

The night was cold. Gloves and extra layers were useless. Illa N’s intervention before the main performance didn’t go unnoticed, nor unappreciated.

Sam, too, did the things.

It could be the space, too.

Still, it’s ill to encounter artists who harness spaces outside of traditional environments to negotiate how their music, their sound, can fit into such set-ups.

Sam was kind enough to share 5 of the things that went down while he was working on this project. You may feast on visual delights from that night, for control.

A friend of mine got married… and the beat for “Misty Waters” was inspired by her wedding.. she got married next to a river and one morning I woke up at 5am to help set up the tent and the river was covered with mist whilst the sun was rising, had to turn that moment into music lol

“Crazy World” was inspired by the morning after a show.. I wanted to sleep in until like 10 but my phone rang at like 5… i wanted to ignore it but something in me was just like “yo it could be a gig get up and answer that shit” it turned out to be an insurance call lol but you never know

I applied for a scholarship to study a masters in Japan… Turns out that I didn’t qualify but while I was waiting to hear I took a course in Japanese culture, history and religion. That inspired the line about Zen in “Garden”

I travelled to Paris in December with my brother [his brother is Joe Turpin, artist].. one night I accidentally locked us out of the Air BnB so we were technically homeless in Paris for one night.. but I friend of mine offered for us to sleep the night at her family’s home, the gesture of kindness inspired “A Cold Night in Paris” 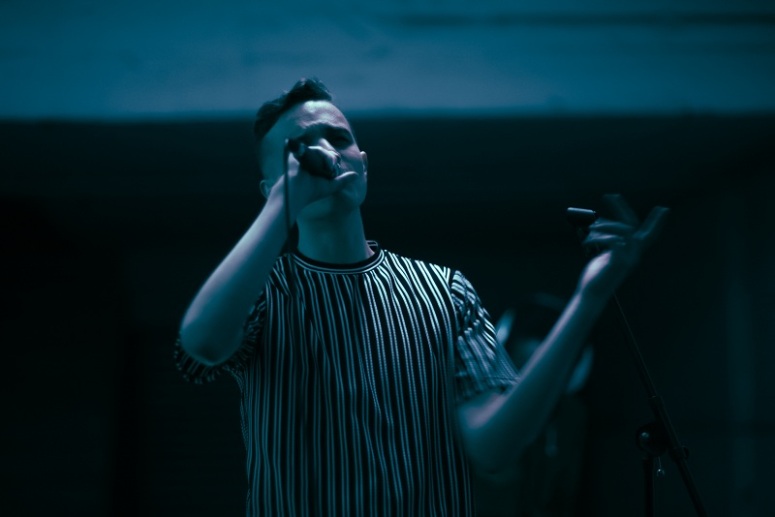 My grandmother passed away in July.. I was with Langa Mavuso and Durban producer Muzi.. this was after we recorded “The Heart’s Boom Bap” but it was during the mastering process and it definitely made them closer to me as friends than they had been