I asked Falko how he came to paint elephants. He told me a story about how he used to paint chickens, and stopped doing so after having a particularly bad encounter in Dakar. He discovered, while on a painting mission there, that chickens, especially, were associated with voodoo, and that symbols were generally taboo, at least in the part of town he was in. Shit got so bad that he had to pack up his cans. They literally chsed him out of the hood, and he’s been painting elephants eversince.

Falko was in Mamelodi, Pretoria, during the Red Bull Amaphiko social entrepreneurship festival. I hung around as the gahd graced the walls with his magic wand, and had the streets asking who this dope braase is and what his vibe’s about! A few heads in the hood recognised his work, having seen one of his many projects — Split Pieces and Once Upon A Town come to mind — elsewhere. 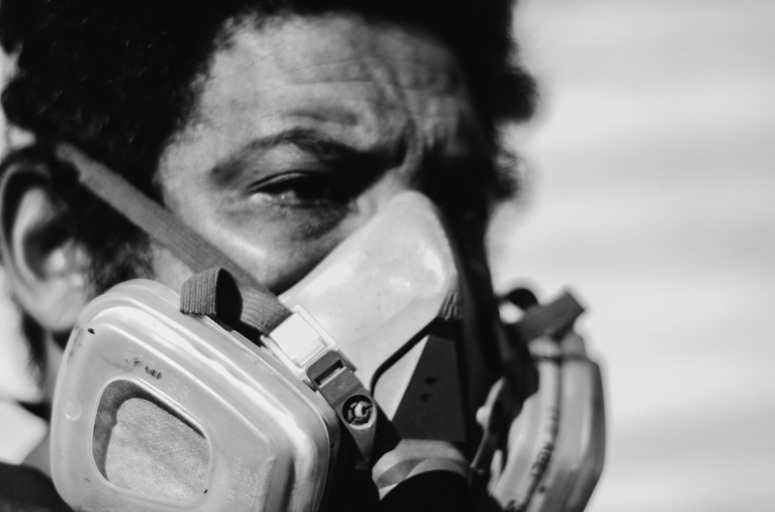 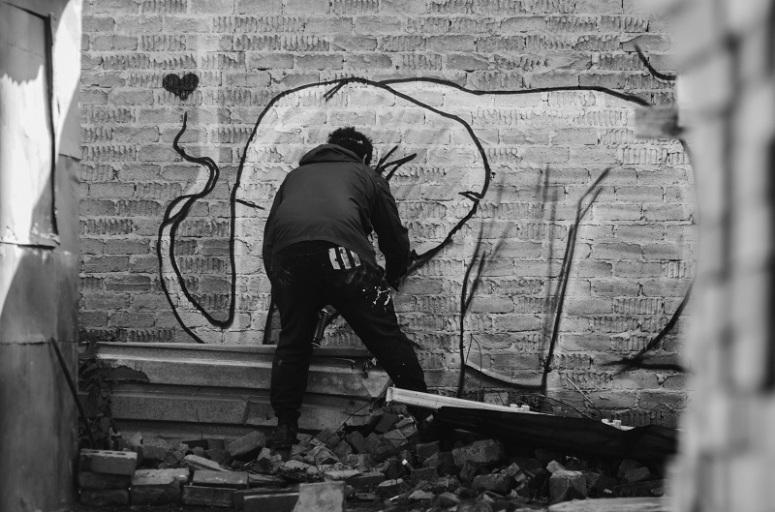 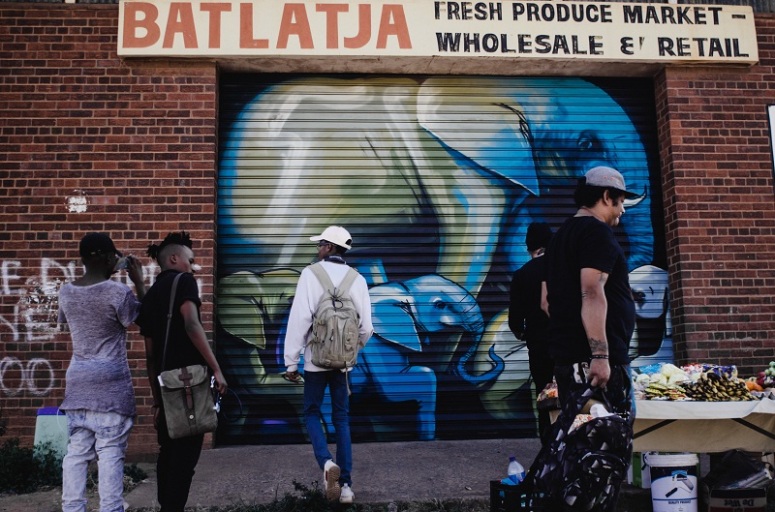 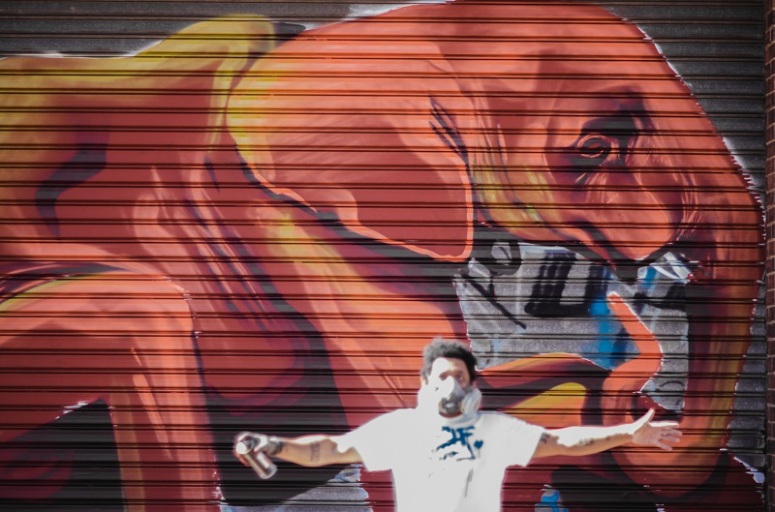 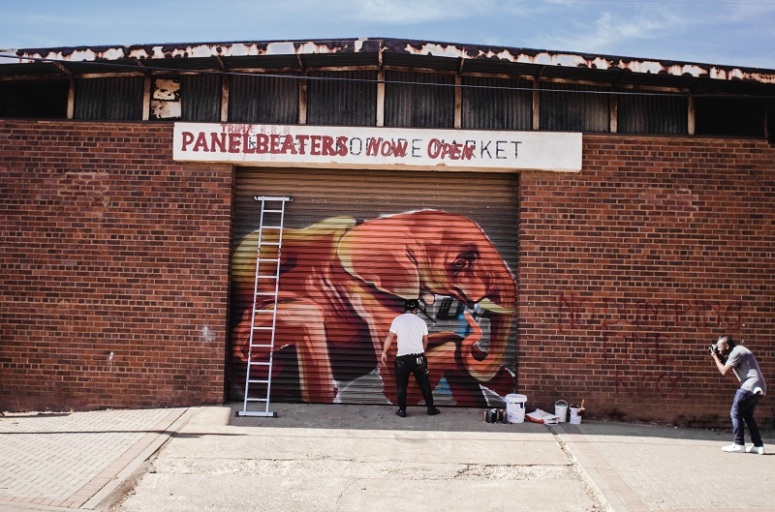 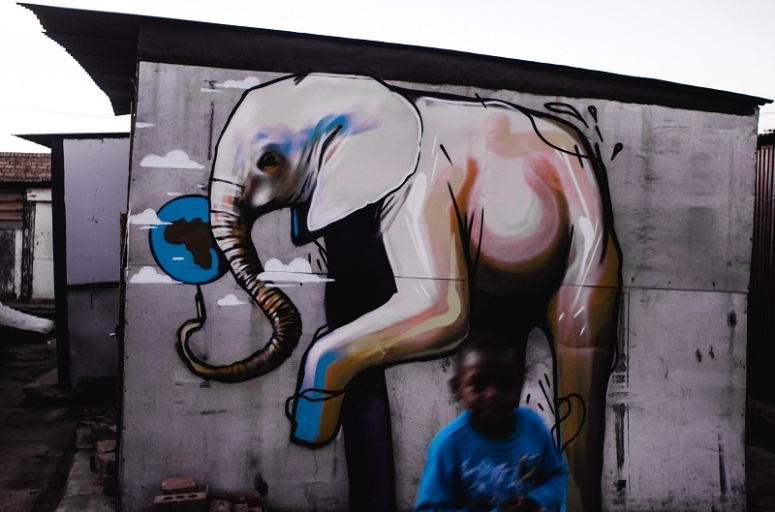 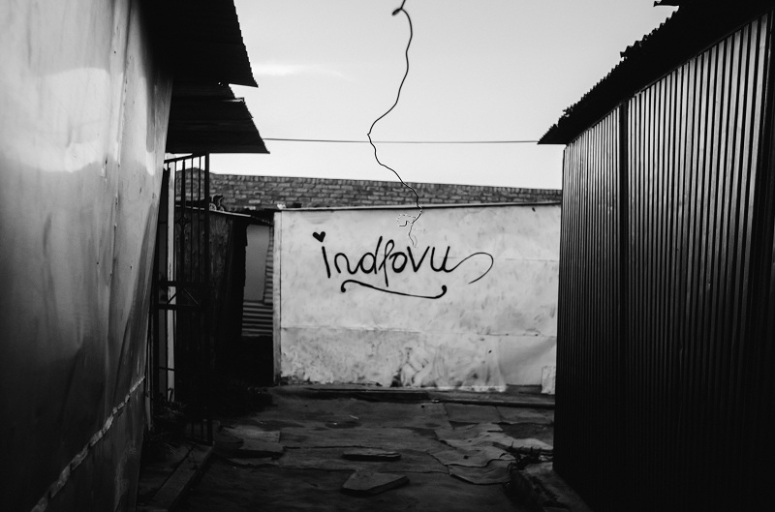